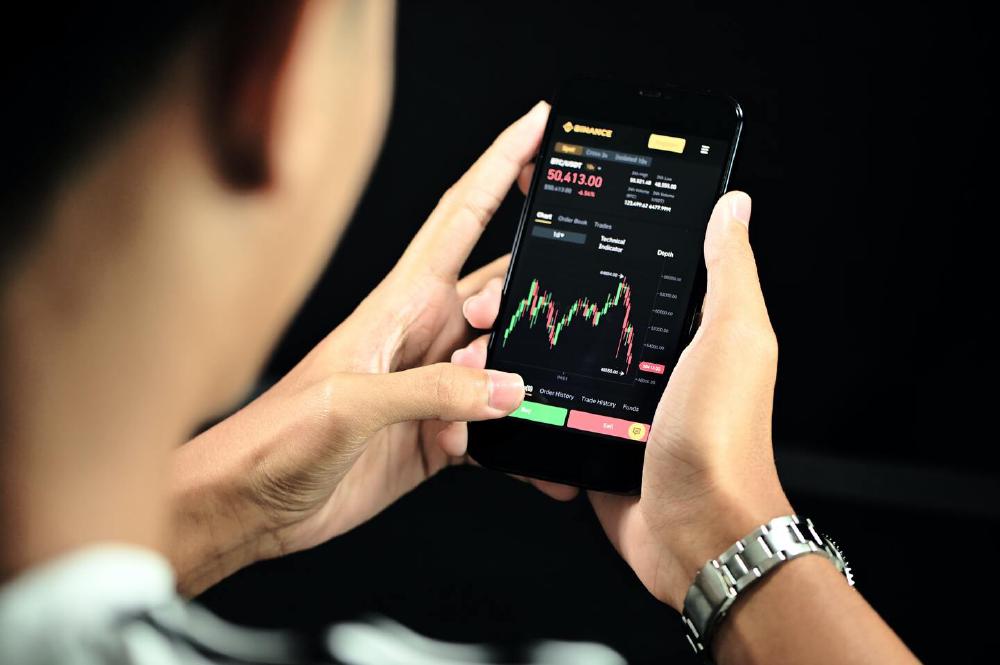 Hitting all-time highs of around $65,000 in April 2021, Bitcoin has ushered in newfound interest in digital currencies and the applications of blockchain technology. Whether you first came to learn about cryptocurrencies in the news, from that tech-savvy friend we all have, or invested in them personally, cryptocurrencies are rapidly gaining traction among professional and retail investors alike.

This is especially the case for Asia. From India’s rise in trading volume by 500% in 2020, to one third of South Korea’s population owning or getting paid in cryptocurrencies, it’s clear that Asian populations are embracing these emerging financial instruments. But who is investing and what is driving them to do so?

Let’s begin by imagining who the average cryptocurrency investor is.

The perception of cryptocurrency holders

We recently came across a study from innovative research partners Remesh that explored the attitudes individuals held towards cryptocurrencies. As one might expect, common perceptions of cryptocurrency adopters featured the young and tech-savvy individual in tune with emerging trends. Many believed investors to have higher levels of financial literacy, already accustomed to traditional financial instruments.

Yet, in times of both political and economic uncertainty, people are turning to cryptocurrencies as an alternative to their native FIAT. In the case of Turkey, the devaluation of the Turkish Lira led its citizens to adopt Bitcoin in an attempt to shield their savings from rapid inflation. Similarly, economic instability in Venezuela has made cryptocurrency a tool to protect wages and manage business cashflow – so much that the country ranked 3rd in a 2020 report on Global Crypto Adoption. Whether or not adopters viewed Bitcoin and other digital currencies as risky, they were willing to gamble on price volatility when faced with their nation’s economic turmoil.

So how does this all translate to Asia? As to how common cryptocurrencies are, surveys indicate high rates of crypto adoption specifically pronounced in Vietnam and the Philippines. Mainstream adoption in the Philippines is on the rise, with government bonds being distributed via blockchain-based apps and the installation of Bitcoin ATMs in Manila. East Asia is also home to the world’s largest cryptocurrency market, responsible for 31% of all transactions made in 2020. This was almost twice the amount seen in the second highest region of Northern & Western Europe, which made up 17% of total transactions.

Similar to the situations in Turkey and Venezuela, examples of economic instability are present throughout Asia. With the Indonesian Rupiah falling to some of the lowest levels seen since 1998, many Indonesians have chosen to hold cryptocurrencies over their national currency. Perhaps this helps to explain the reported 11% of Indonesia’s population owning cryptocurrencies in 2020.

But the story of cryptocurrency adoption in Asia doesn’t end here. The Asian market is home to several unique drivers that result in the cryptocurrency powerhouse that has come to be: a high number of professional traders, the financial inclusion of unbanked populations and the problems encountered in migrant worker remittances.

The high adoption and transaction rates seen in Asia can largely be attributed to an abundance of professional traders. In 2020, a reported 90% of all cryptocurrency transactions in East Asia were above $10,000 in worth. These traders were also responsible for the high trading frequencies, with East Asia reporting 1.4-3.8x higher trading intensities than North America.

We gain more insight into the minds of Asian traders by looking at the types of coins they trade. The higher volumes of more speculative trading (a wider range of cryptocurrencies), as opposed to more established currencies like BTC, show greater diversification of cryptocurrency investments. In 2020, the transaction values of altcoins traded in Asia was the highest in the world, with BTC only making up 51% of the region’s total transaction value. East Asia’s reported 16% of trading volume comprised of altcoins displays a stark difference in risk appetite when compared to regions such as North America, which sees an 11% altcoin trading volume.

Perhaps higher volumes of altcoin trading is a function of the large number of professional traders within the region. Yet, looking at regions such as North America indicate that professionals tend to focus on BTC and hold for longer ( NA reporting 72% of transactions value in BTC). Whether it’s due to higher levels of financial literacy, more risk tolerance among Asian traders, or something else, the diversification and intensity of these traders bring Asia to the center stage of the cryptocurrency landscape. But let’s leave aside professional and institutional traders for the time being. The next question is: how do cryptocurrencies intersect with the lives of everyday people?

As we shift our focus towards retail adopters, we begin to see the different utilities cryptocurrencies offer. Let’s take another look at Indonesia. Although efforts within the country have led to a substantial increase in access to traditional banking, roughly one third of the population ( 83 million adults) do not own a bank account. This problem is not specific to Indonesia, with adults in Vietnam and the Philippines reporting unbanked populations of 69% and 71% respectively.

This is where blockchain technology may offer alternative routes to financial inclusion. DeFi solutions can provide financial services such as lending and online payments easily on mobile devices. Just for context, Indonesia accounts for 45% of all smartphone users within Southeast Asia, presenting a large opportunity for implementing these financial services. ASEAN government agencies are already looking towards the future offered by blockchain technology, incorporating them into strategic economic plans to increase financial inclusion.

Adopters do not need to visit a physical branch (distance from branches being a commonly reported issue) and the barrier to entry in setting up accounts is relatively low. These blockchain-based solutions can offer access to financial services at the tip of one’s fingers, benefits that are especially pronounced among migrant worker populations.

In 2015, there were an estimated 20.2 million migrant workers originating from South East Asia alone. These workers, who migrate to countries both within and outside of the region, face transactional difficulties when sending money back home to their families. Traditional banks and international money transfer services frequently have high transaction costs that eat into earnings, with average fees of around 7% of the transaction value. Transactions may also take days to clear and any issues encountered would reset the whole process.

Within these problems lies the opportunity for cryptocurrencies to shine. Blockchain-based financial services can provide migrant workers with alternative avenues to sending their earnings overseas. Exchanges and wallets offer lower transaction fees, some being as low as $1 per $1000 dollars sent. Blockchain-based payment services may allow individuals to take advantage of the lower transaction costs associated with cryptocurrencies, while receiving FIAT as a result of end-point conversions. As for the speed of transactions, cryptocurrencies offer completion times ranging from a few minutes to a few hours. Yes, some of us have experienced long confirmation times and stuck ETH transactions due to rising gas fees. But let’s not forget that these transactions are still significantly faster than traditional money transfer services.

If we leave Asia for just one moment, we come across a noteworthy example of the union between financial inclusion and remittance drivers: El Salvador. An estimated 70% of people in El Salvador do not have access to traditional financial services or own a bank account. Additionally, El Salvador has one of the highest ratios of remittances to GDP in the world, with remittances responsible for one fifth of the nation’s GDP in 2019. In response to the increased usage of Bitcoin due to these driving factors, El Salvador made history by being the first country to recognize BTC as a legal tender.

Even in the face of the COVID-19 pandemic, remittances sent back to Asia have remained steady. As long as this market continues to offer opportunities for innovation, start-ups and global fintech players will be rushing to solve the needs of migrant workers. Asia’s broad cryptocurrency landscape, encompassing both professional traders and retail investors, offers businesses a chance to expand digital currency adoption by a wider margin.

A bright future in Asia

The future of cryptocurrency and blockchain technology is rife with opportunity. Small and large organizations alike are actively seeking ways to capitalize on this emerging industry. Just in Singapore, out of 430 fintech startups identified in 2020, the largest segment (19%) was in cryptocurrencies and blockchain technology. These startups are also gaining the attention of global investment firms, adding further credibility to the Asian cryptocurrency markets.

With ever-growing interest and increasing global adoption, usability and customer experience becomes all the more important for blockchain-based products. The next stage of growth will come from making it easier for more customers to understand and start their journey with cryptocurrencies, but also to grow their understanding and behavior as responsible investors. Stay tuned as we begin to explore several crypto products in our upcoming heuristic evaluations and analyses.

It is clear that Asian investors are embracing emerging cryptocurrencies. But who is investing and what is driving them to do so? 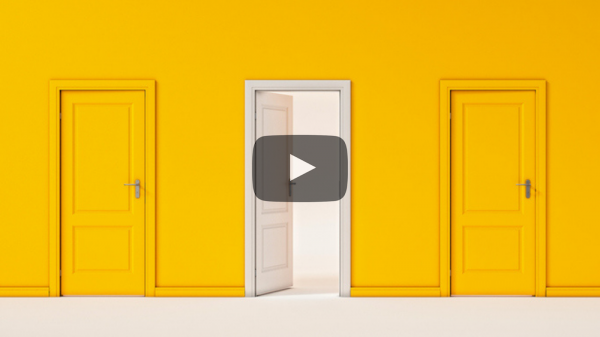 How do digital banks in Southeast Asia navigate the lack of infrastructure and yet a mobile, internet-savvy population? 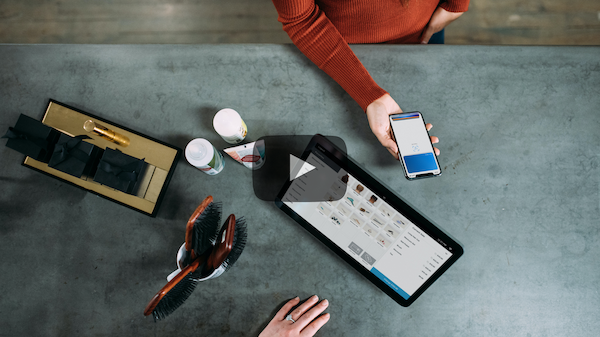 Australia is in a good place in terms of its fintech maturity. Chris Wilson explains the possibilities for further development.